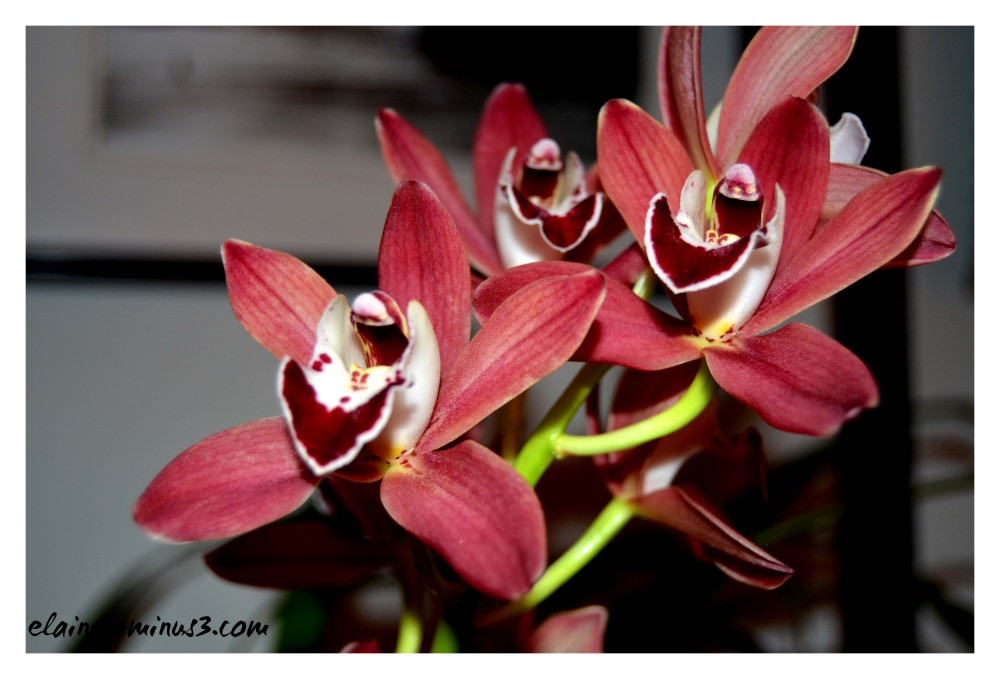 My father always had a green thumb which was something I did not inherit. He seemed to make anything grow. After he retired, he had a greenhouse built by his house. He grew all kinds of plants and spent hours taking care of them. When he was 95, he was no longer able to live alone. We had to move him to a retirement home. He has been there almost 3 years. My sister and I had to take care of the house and the greenhouse. Unfortunately, the greenhouse was neglected. Eventually, the gas heater in the greenhouse broke and we decided that it would be easier to just have it torn down. We gave most of the plants away and kept a few. In the corner, there was this overgrown plant in a big plastic pot. The leaves were brown from lack of water I was going to throw it out but decided to take it home. I didn't know what it was. The leaves looked like long grass. I put in by the window in my spare bedroom and watered it. About 4 months after having it at my house I went in last week and this was what I found!

Not just any plant - a symbol of renewal perhaps. So many of us have faced the dilemma of how to make sure our parents are ok. No doubt your Dad is being well looked after, which must be very reassuring for you and your sister. Nice shot by the way.

So beautiful, a wonderful legacy that hopefully you are able to show your Dad with this lovely shot

The joy of nature fighting back-even if you haven't got green fingers, they will show their glory given half a chance

A very beautiful flower it has turened out to be and beautiful symbol of love and hope. Beautifuly done !

You have also een little bit green thumb.
The flower is beautiful.

wow ! what a great capture

What a wonderful tribute to your father Elaine! It appears that you have inherited a bit of his green thumb after all! ;-)

These are beautiful flowers and you did a great job with care to them ~ a piece of your father! Beautiful photo!

.....As if they are saying "A little water and some peace and quiet and I'll be fine" This indeed is a legacy plant and I think the message is loud and clear. A wonderful thing that you decided to keep it and it is now repaying you....This is a beautiful story, Elaine - Just the very kind of thing that Chris Elliott and I have been talking about as to why we both love this blogsite (Aminus 3) so much..AM3 equals MORE than the sum of its' parts..it equals the heart and soul and stories and love of all the "family members" on it...Beautiful Elaine!! PS_ hope your dad is doing well and if you don't mind, I can send this to my sister in Woodland (California) she can most likely identify it in a snap! Regardless, this is wonderful! I think it is a type of orchid but not sure...

A legacy indeed! What a great story to share to go along with this great capture! I love the deep red color of these orchids! Here's to the orchids continued survival to keep the legacy alive!