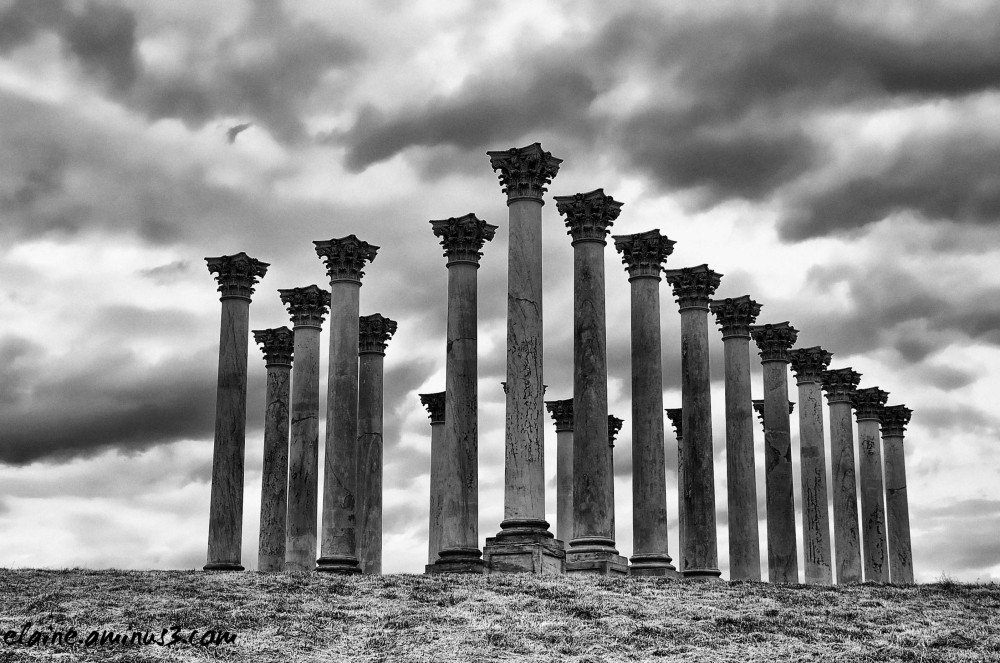 What an interesting history . . good to know that lack of communication is not something new !

Beautiful black and white, beautiful angle shot that allows us to admire the sky!

It seems like if sky and earth are bumping into each other...

Amazing shot of the historical site. Those columns are very impressive and are well captured in excellent POV. The sky is dramatic and gives the distinctive atmosphere to this image. Wonderful B&W.
Have a great day, Elaine. :)

A fine image of the columns with an interesting history of them.

Lovely image of these columns and some interesting narration too:)))

Very dynamic shot. Love the b/w. Thanks for the history behind it--always good to know what is behind the picture.

The B&W adds drama to this beautiful image.

Wow ... awesome subject and photo ... very dramatic with the clouds and your pov!

Besides the old side !! I love the geometric impact !! cute black and white

That sky/b/w and the columns really give this some serious drama Elaine.... an excellent visual and great info too!!

WOW! They seem to be supporting that heavy sky and give a measure of their strength! Inspired processing!

This image has been featured in 1 Remix collection.