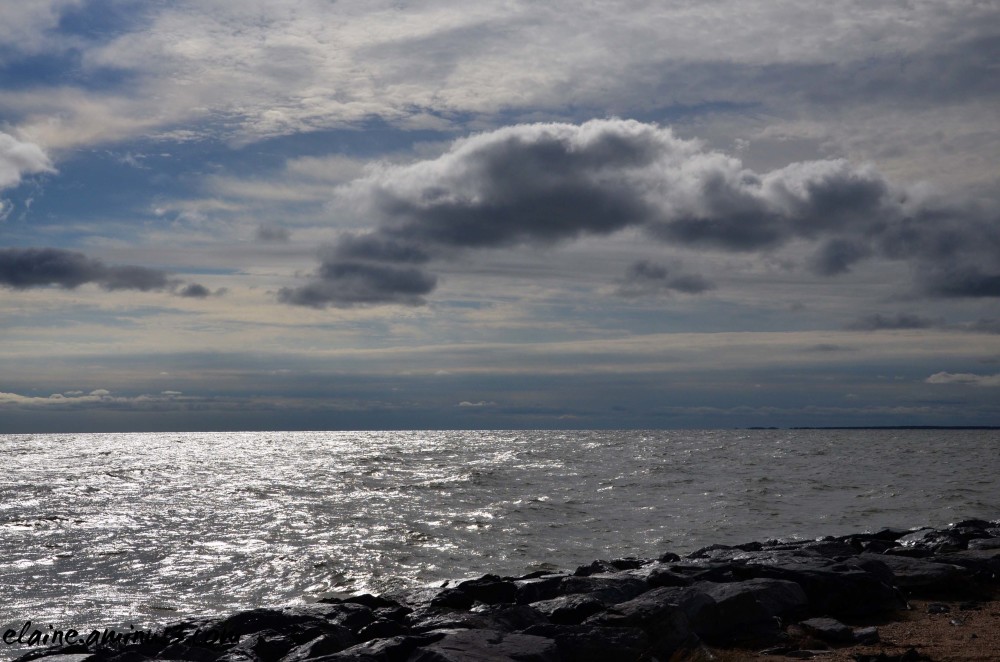 Point Lookout is located on a peninsula formed by the junction where the Potomac River flows into the Chesapeake Bay. The area has quite a history. It was first explored by Captain John Smith in 1608. Point Lookout got its name from its role as a lookout post, used to watch British ship movements during the War of 1812. During the Civil War, a Union prison was built that at one point housed 20,000 Confederate prisoners. The crowded conditions were very unsanitary resulting in almost 4,000 deaths at the prison camp. Nearby is a Confederate Memorial and Cemetery.

jean pierre a from France

A lovely view and a very poignant place too Elaine

Great image and good explanation. Thanks

Beautiful composition . "Potomac" and Chesapeake"are names of legend for me !

A scenic shot that documents this famous, historic place. Nice one.

A splendid composition with such animated clouds and glistening water!! Thank for for the informative background information!

Lovely light on the water. Sky is great, too. I love this kind of photo.

Superb seascape, Elaine with splendid light ....... thanks for the info. Kindest regards and a good week MN

QUite a history! IT looks so peaceful here with the lovely sparkling light

curieuzeneuzemosterdpot from somewhere between viewer and subject, Belgium

Some sad times in history.