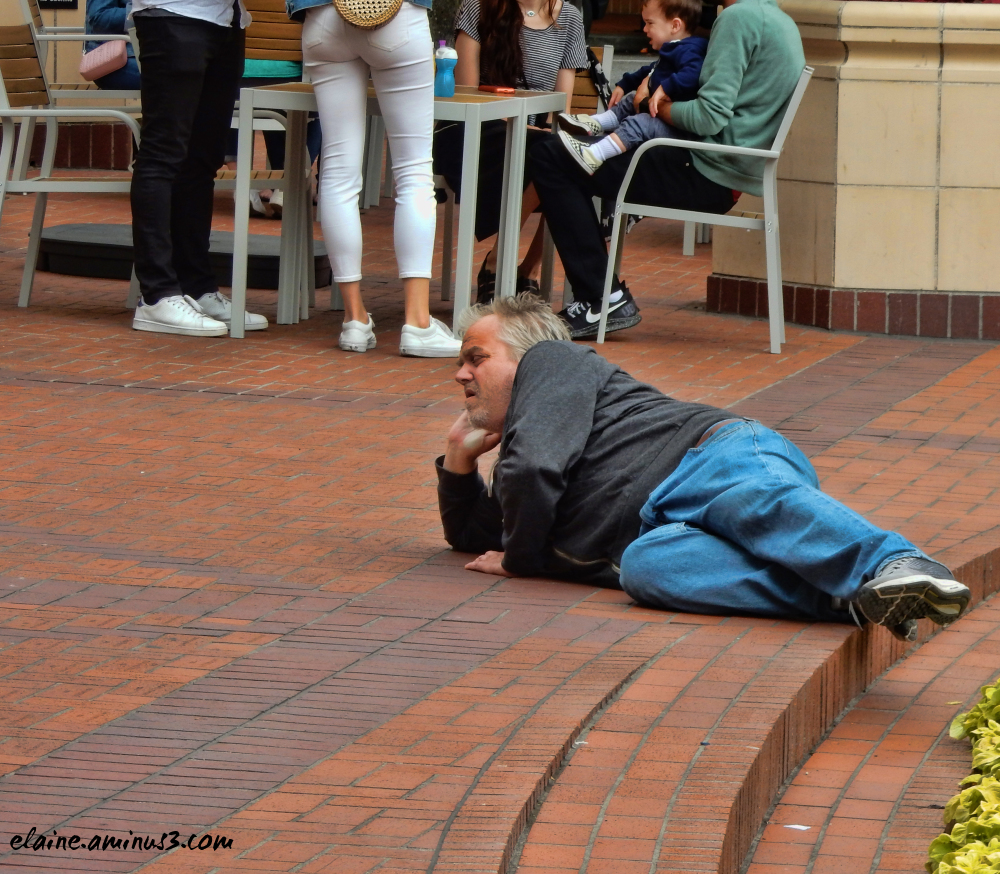 This was at a seating area of an outdoor restaurant. This guy just decided to lay down in the middle of everything. Happy Silly Tuesday!

I hope, he didn´t need help?

@Ralf Kesper: He was fine. He got up after a little while and left.

juST taking in the view :)

At least he staying out of trouble... I hope.

Hope he got up and moved to a side soon !!! Nice image here !

I think he might think it is Wednesday and can't take it. Happy S/T. 5*

@Shaun: You are hilarious!

He does not look comfortable to me...all I can think is oh my aching bones!

That had to have created an awkward situation! Great candid shot for ST!

Unfortunately, this is a common scene in many cities, he doesn't look like he has missed many meals. I know of a woman here in my town that owns a house, boat, car but she will walk downtown and beg for tax free money and has been doing this for years. Another guy I talked to was from Oregon and him and his buddy were going to the beach to a drinking party. I asked where he was and was told he is over at the stop light hustling some beer money. Later I drove by and his sign said "Hard times, anything helps, God Bless you." I see extremely poor people in the Philippines, these people in our country are mostly con artists to fuel a self inflicted drug addiction. Thanks for the provocative photo.

@Jerry: I have always wondered that myself. This was taken in Portland and there were a lot of people wandering the streets looking for a handout.

Doesn't look comfortable to me - both the posture and the hard brick surface look bad. But at least he didn't pass out.

Seems as though he's looking or listening to something.
Great shot !
Happy ST.