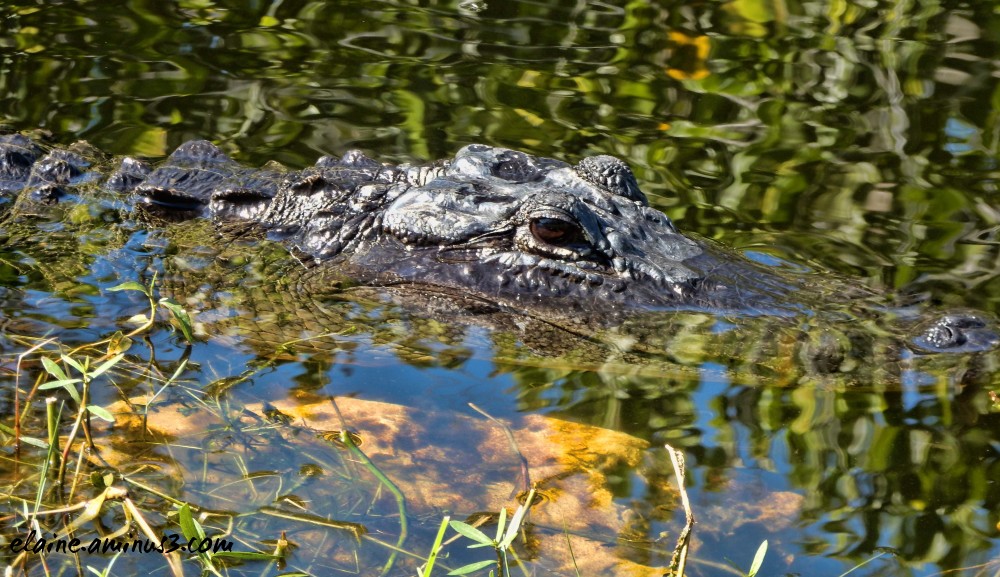 Shark Valley is a geological depression at the head of the Shark River Wetlands in the middle of the Everglades. It is currently part of Everglades National Park. Shark Valley empties into the Shark River which eventually flows into the Gulf of Mexico. There is a 15 mile loop that you can walk, bike or ride a tram. On the day we went, the tram was not running so we walked on the trail for a while. There were birds, fish, and plenty of alligators sunning themselves along the sidewalk. It was a little weird being so close to these alligators that were just lying there.

A floating tree trunk that is better not to meet.....

A fabulous capture from the Everglades. Excellent color and detail. 5*

Yes it must have added that extra little edge to the walk. Excellent portrait of the alligator. Do we get to see a shark next? :)

Of all animals alligators and crocodiles really are something I am sort of afraid of.

Wow...You are so close and he is looking at you ...but your photo is so beautiful !!

a great capture of this dangerous fellow !!!!

Beautifully photographed, a stunning photo as a result.

You aRE BRAVE! What an intimidating close up

I was expecting a shark, but this guy seems even more scary. Keep your arms and legs on the sidewalk. ;-)

I beg to differ. I think this must be Gator Alley! ;-)

Just enough to get the message